Let us come back to this affair of Mauritius Leaks published in July 2019 by the HERE ( International Consortium of Investigative Journalists ), and which have made so much talk about them.

In summary : a survey carried out over months by 40 journalists in 18 countries, following the anonymous sending to the ICIG of a USB key containing more than 200,000 various files (documents, e-mails, contracts, confidential soundtracks) emanating from of a Management Company headed by three Mauritians in Ebène.

Investigation at the end of which Mauritius found himself accused of “plundering” the African economy. By facilitating tax optimization foreign investments in Africa thanks to double taxation treaties.

But to better understand the context, let’s start with an overview of the Mauritian economy. To explain the current importance of financial services to the country’s economy. We will then give you our point of view on the Mauritius Leaks (see Wikipedia definition) , and why we are deceived of accused in this story.

Historically, Mauritius’ first economic pillar has been the sugar cane , thanks to the support of the European Union. Moreover, canes still cover a large part of the island today.

But the island has always had a high cost of production (over $ 400 per tonne). Due in particular to:

And unfortunately, the advantages of Sugar Protocol , which concerned all the countries of the Africa Caribbean Pacific group, disappeared from 2009 . Consequently, since this date, the island produces sugar at a loss (the world price is currently 320 USD per tonne).

The second economic pillar was then textile industry in the 70s and 90s. But this industry is now reduced to the bare minimum, to the benefit of Madagascar and Bangladesh among others. Knowing that the minimum wage in Mauritius is 200 euros per month, compared to 30 EUR / month in Madagascar and 60 USD / month in Bangladesh.

The current importance of the financial sector

The financial sector is the one that has the most progressed in Mauritius for the past 10 years. It represents an annual added value of 1.4 billion USD or 11.5% of the GDP (Gross Domestic Product) of Mauritius. Against 12.4% for commercial activities, 7.2% for tourism, 3.4% for textiles and less than 1% for sugar.

Finance is the second driver of economic growth, with growth of more than 5% per year, behind construction. In fact, sugar producers are forced to sell their real estate assets in order to be able to reduce their losses incurred in the sugar cane business, which is at the origin of the boom in the real estate supply.

Within financial services, we find the “global business”, questioned by the HERE ( International Consortium of Investigative Journalists ). It is the one who represents half financial activities.

This so-called “global business” sector developed in the 1990s thanks to the Treaty of No Double Taxation signed with India in 1982. In particular with the clause on capital gains, not taxable in Mauritius. The majority of funds investing in India, mainly Americans and British, have massively used this treaty to reduce their taxes payable.

But the situation deteriorated when Indian families used Mauritius to reinvest in India amounts they held in accounts in London or Geneva. This quite annoyed the Indian authorities, who ended up obtaining a re-negotiation of the Treaty in 2016, much less favorable for Mauritius. 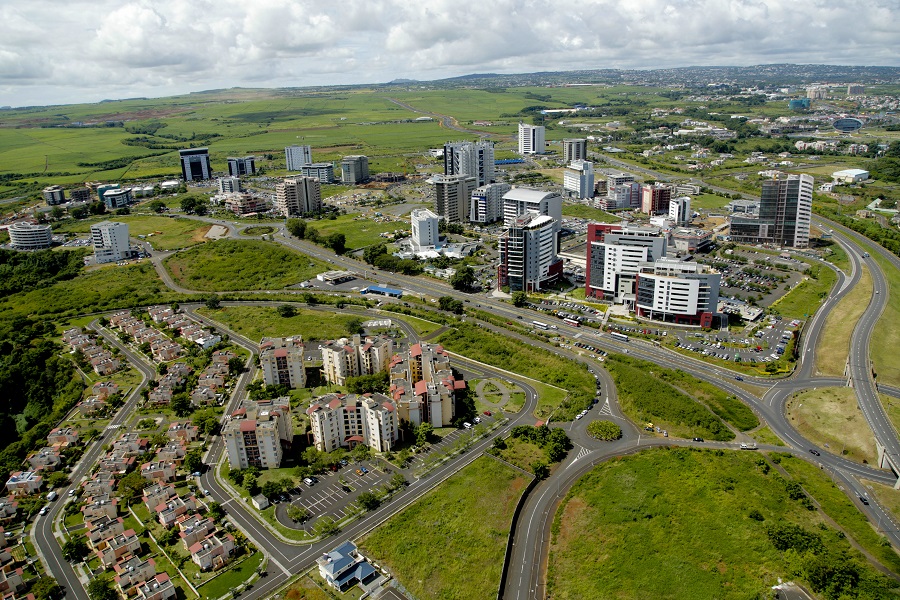 In the meantime, Mauritius has become the main global platform for investments on the African continent. Fourteen African countries have signed double taxation treaties with Mauritius. And several others are in the process of ratification or negotiation.

This makes perfect sense and can be explained by many reasons:

What exactly does the ICIJ criticize in Mauritius under the cover of the Mauritius Leaks?

To reduce the tax base African governments, although the ICIJ nevertheless recognizes that these structures are completely legal.

These structures are therefore “immoral” according to the ICIJ and its first relays, Quartz or Oxfam. A crime that deserves, in the eyes of the right-thinking, a well-orchestrated global retribution. Mauritians, as if they lived in an oasis, should be ashamed of starving poor Africans with their double taxation treaties!

Why are the Mauritius Leaks getting the wrong target?

The confidential content disclosed by the various media which have either investigated the case or taken from the sources of their competitors is perfectly proven .

This information relates to perfectly legal international finance and / or tax optimization operations. Operations that the ICIJ does not dispute in any way, and that can be carried out in many other places on the planet …

It is value judgment which ensues about Maurice who disturbs us deeply.

When one observes impartially the financial situation of the entire Africa / Indian Ocean zone, force is to make the following 3 observations :

1) Africa suffers from a chronic lack of investment

On average, 5 billion US dollars are invested every year in “Private Equity” on the African continent. A large part of which in South Africa which does not primarily need it. These colossal sums are in reality largely insufficient to create the necessary jobs there. Which would make it possible to occupy and decently pay the hundreds of millions of unemployed young people across the continent.

Worse yet: investment in listed African companies, which have lost 21% over the past five years (see chart below), have seen divestments massive . That is to say, capital repatriations to the United States, the United Kingdom and Europe since 2014. However, these repatriations were only too weakly compensated for by purchases from local institutions, which are small in size.

The same goes for bond issues issued by African companies. The amounts invested in these bonds by international investors are miserable worldwide.

Why then target Mauritius via the “Mauritius Leaks” ? On the contrary, the island offers relatively reassuring ( can even in some cases reduce the risk of expropriation, which is a very real risk in Africa ) and tax efficient for investors on the African continent.

2) Mauritius has been cooperating internationally for years

You should know, for example, that the OECD validates systematically all changes to Mauritius tax rules.

On the one hand in terms of information exchange concerning tax residency. Subject to Common Reporting Standards with Europe in particular and to FATCA with the United States.

On the other hand in terms of BEPS ( Base Erosion and Profit Shifting ), which is gradually forcing multinationals not to transfer their profits to where taxes are lowest. This following an agreement signed by Mauritius and 68 other countries at the headquarters of the OECD on July 5, 2017.

Indeed, the sum of obstacles is there considerable :

In other words, the investment costs are there very high , compared to Asia or South America.

If, after having succeeded in facing all these difficulties which increase your production costs, you were to pay a large part of your profits in taxes in addition, almost no one would invest in it!

For information, here are the tax rates of some African countries. South Africa 28%, Kenya, Tanzania, Uganda 30%, Zambia, DRC, Guinea 35%. All superiors the average corporate tax rate around the world of 23%.

Our conclusion about the Mauritius Leaks

Our deep conviction is therefore that a possible increase in tax rates will further reduce investment to the African continent. And this will only exacerbate the economic problems there. We know that they inevitably lead to massive emigration to Europe.

We therefore believe that the conclusion of the ICIJ, Quartz and Oxfam, by targeting Mauritius, is biased and even malicious .

The island is playing today a preponderant role as a facilitator for global investments to Africa. Tackling Mauritius is like replacing the tires of a vehicle with a broken engine. ..

But then, who made the decision to attack Mauritius in 2019 with the Mauritius Leaks?

The answer seems to us to be: those who think they will benefit from it . Clearly, however, this is neither Mauritius nor Africa.

Read here another of our analyzes:
[Seven. 2019] Negative interest rates: can Europe get out of it?